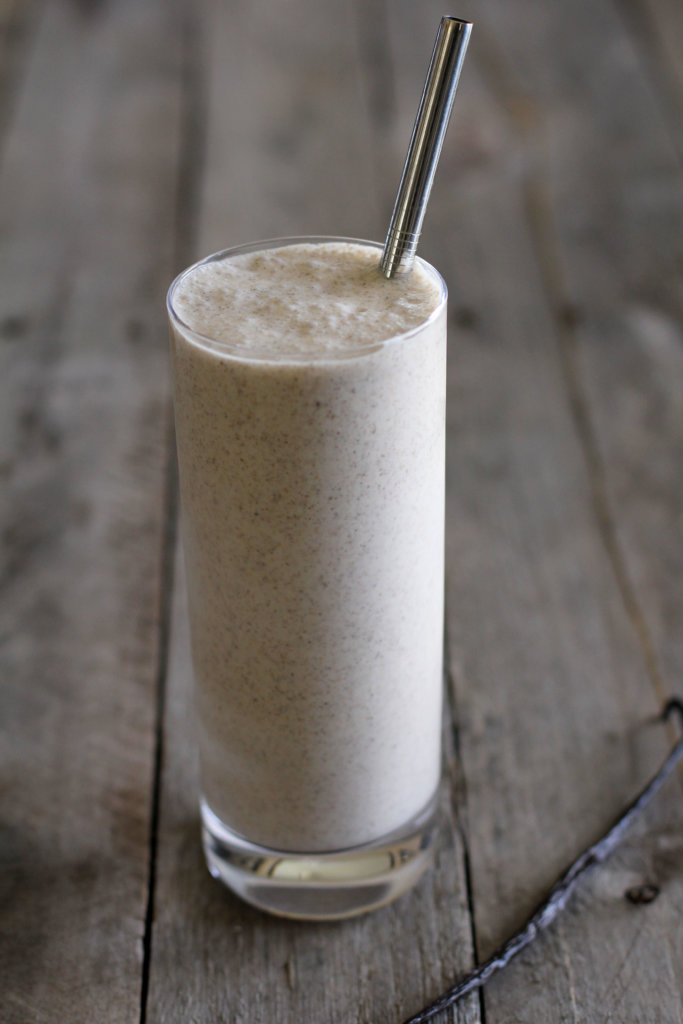 Milkshakes are probably one of my favorite foods ever. It is up there with waffles and that is saying a lot. When I first stopped eating dairy the thing I missed the most was ice cream – specifically Jeni’s ice cream. During this transitional time I stumbled across a recipe by Spunky Coconut for a chocolate chia shake on her blog and in her chocolate book. I had really been missing ice cream so I gave it a try and I couldn’t believe how good it was. Chia shakes have kind of become a milkshake craving replacement for me. I still eat milkshakes every once in a while – like HOT FUDGE MILKSHAKES! Have you all seen that recipe?

As much as I love chocolate I have been super in to vanilla lately. I decided to create a mock vanilla milkshake and it was SO good. The chia acts as a thickener giving the drink a creamy and smooth texture – a lot like ice cream would. You can use vanilla bean or extract with this recipe. However, I will say that the vanilla bean has an amazing flavor. The fresh cinnamon and nutmeg give the shake a hint of “spice” that really compliments the vanilla and coconut milk flavor. You also have the option of using stevia or raw honey. I personally prefer raw honey over stevia any day but if you need a sugar-free option it can be easily substituted.

Next time you need a milkshake but can’t do the ice cream then give this a try! 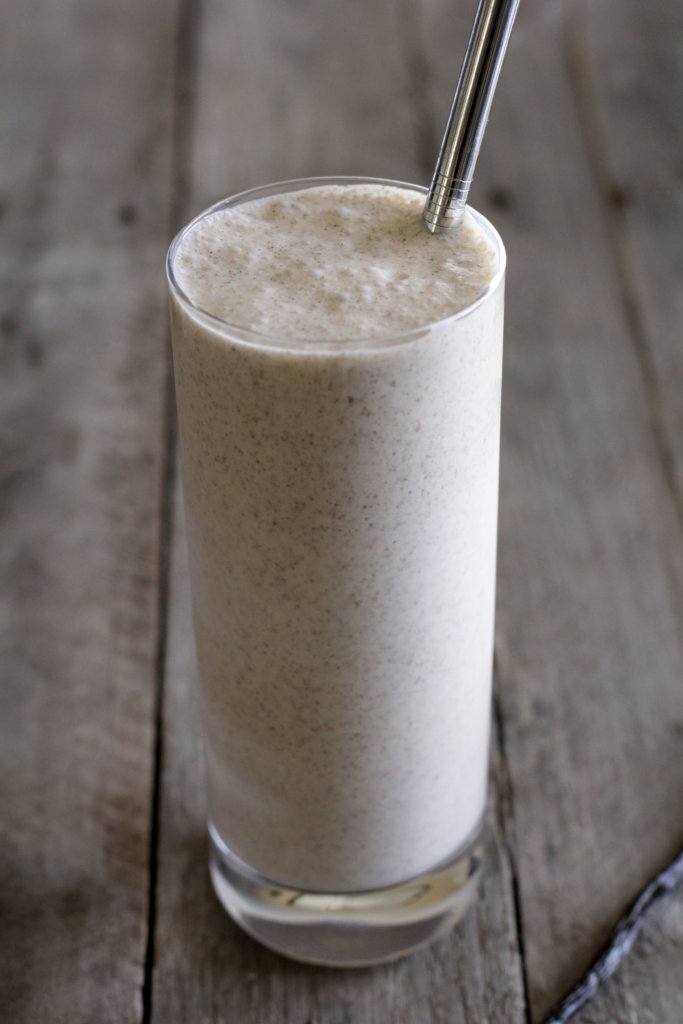 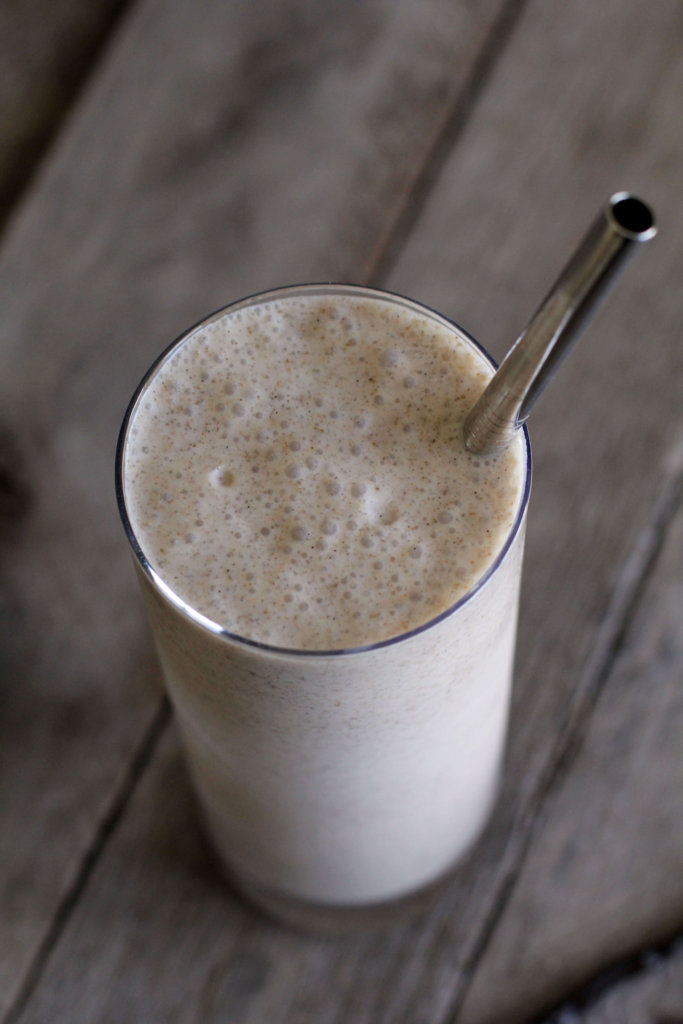