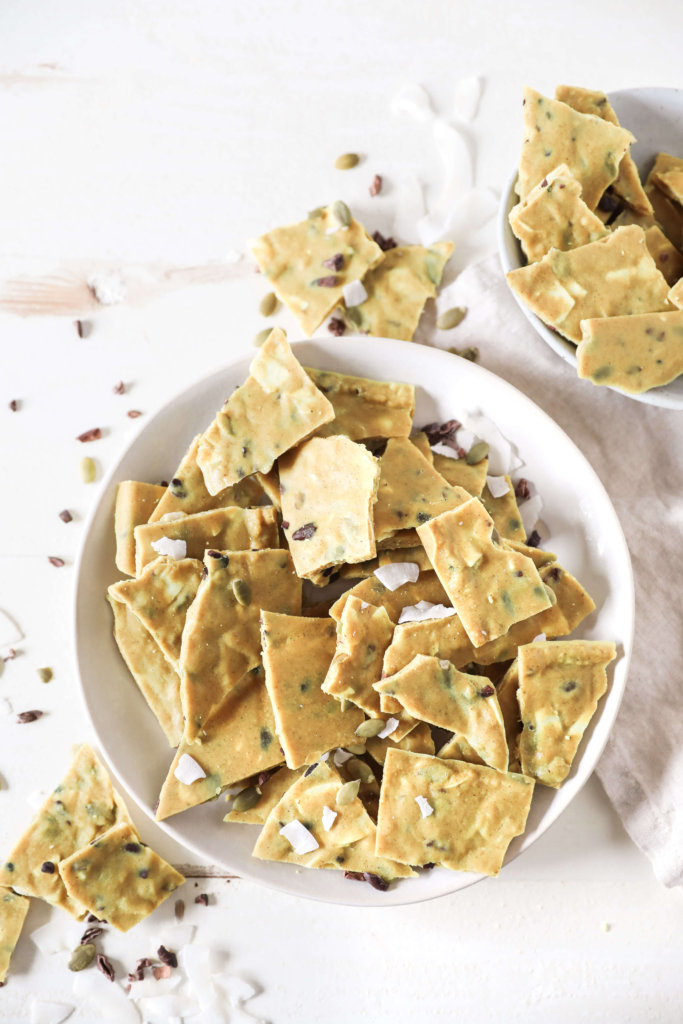 Golden Milk Coconut Bark may be one of the best ideas I have had in a long time.

This is the perfect healthy little treat filled with healthy fats, seeds and anti-inflammatory spices.

Golden milk is a pretty trendy drink right now and for good reason. It is not only insanely delicious but incredibly good for you. The golden color comes from turmeric – a highly potent, hand staining spice full of amazing health properties. You will see a variation of spices in golden milk but the mixture for this bark is really my favorite combination of spices.

What is golden milk made of?

You will see slight variations according to personal preference but this is my favorite spice blend for making golden milk.

Is often confused with coconut oil but it is actually quite different. Coconut butter is made by pureeing dried coconut until it forms a paste. It is incredibly rich and has a naturally sweet flavor that pairs perfectly with all of the golden milk spices.

Is made ground sesame seeds and has a very rich and almost bitter flavor. This recipe doesn’t have a lot of it but it is just enough to give an extra layer of flavor.

Also known as pepitas! Pumpkin seeds are one of my all-time favorite things to snack on and cook with. They give this golden milk bark some extra crunch and make it a little more filling.

Gives another layer of crunch and flavor. Cacao nibs are actually pieces of cocoa beans and have a really rich chocolate flavor. They are also high in many minerals and anti-oxidants. 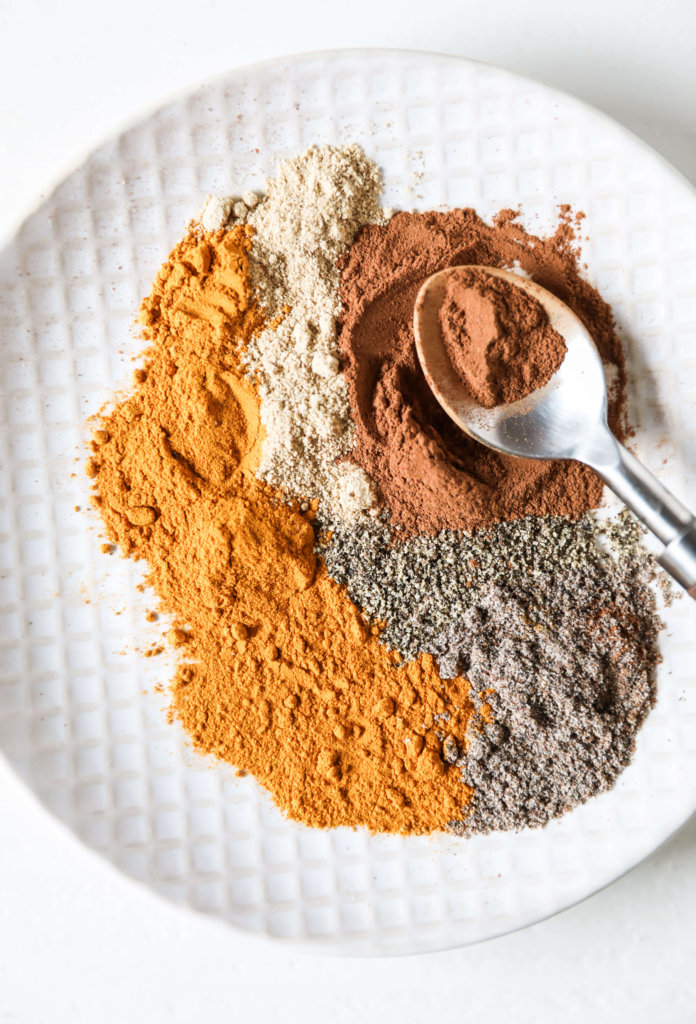 Start by lining a baking sheet with parchment paper and set aside.

Combine all of the beautiful golden milk spices together in a bowl and set aside.

Next you want to fill a small saucepan with water and either use a double boiler or glass bowl. Add the coconut butter, tahini, coconut oil and maple and stir frequently until everything is melted and combined. Then you will add in all the golden milk spices, cacao nibs, pumpkin seeds and coconut flakes.

Pour the bark on to the baking sheet lined with parchment paper and spread the golden milk coconut bark out evenly. Lastly, you just place the coconut bark in the freezer to set and then you can break in to pieces. 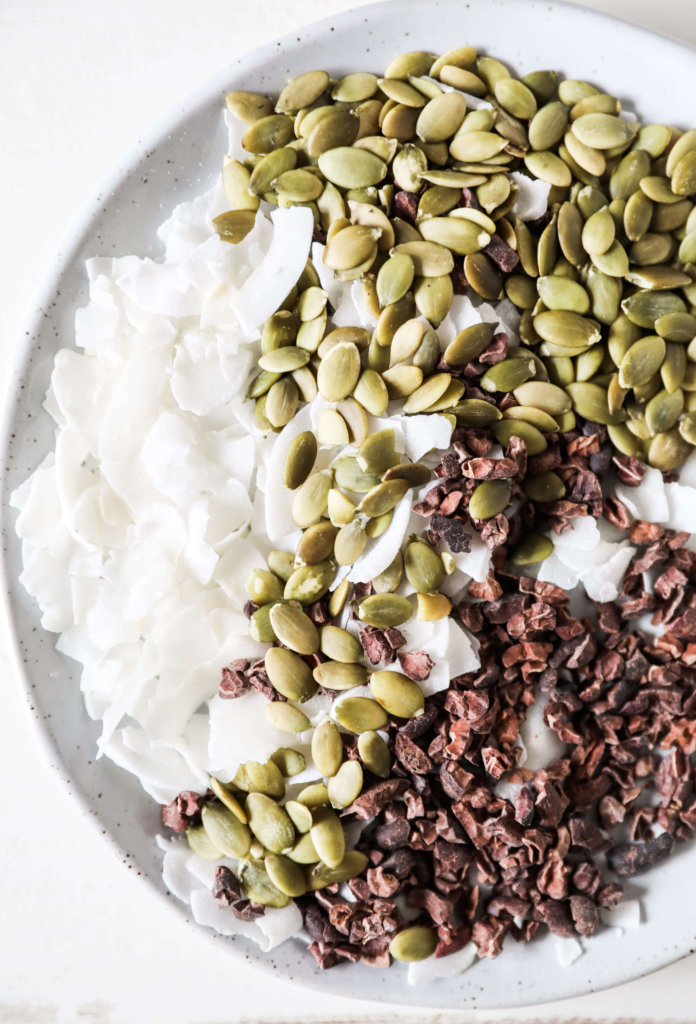 Does it matter what brand of coconut butter I use?

I find that coconut butter can vary some between brands. Some have more oil than others and that will impact how this recipe works. If your coconut butter is fairly runny I would recommend reducing the coconut oil in the recipe to 3 tablespoons. If it is pretty thick than keep it at the 4 tablespoons. Just something to be aware of when making the coconut bark but I don’t have a specific brand recommendation.

The best way I can think to describe it is aromatic, warm and spicy. By spicy I mean that kind of gingersnap taste..not like hot chiles. The best part about golden milk is that you can tweak it to your personal taste preference.

Are there substitutions for the pumpkin seeds and cacao nibs?

Absolutely! You can substitute and of your favorite nuts or seeds. The great thing about coconut bark is that it is pretty adaptable.

Where do I buy turmeric?

Turmeric has become more readily available at grocery stores. Sometimes it is found in the supplement sections instead of the spices. You can also purchase some online. I like THIS one on Amazon.

Looking for more bark recipes? Check out this decadent chocolate ones! 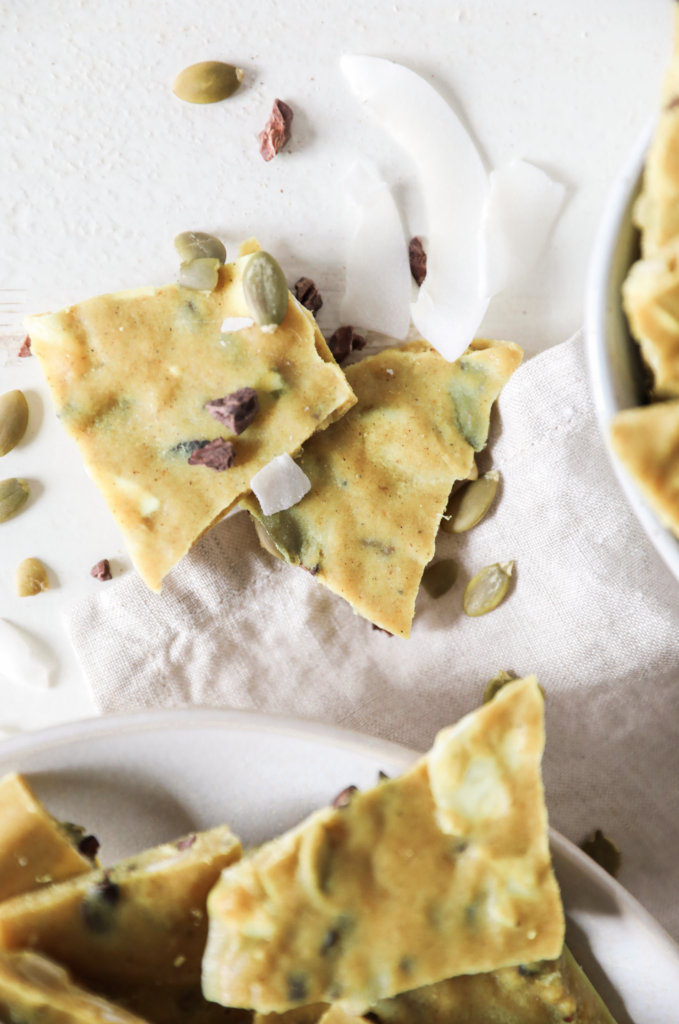 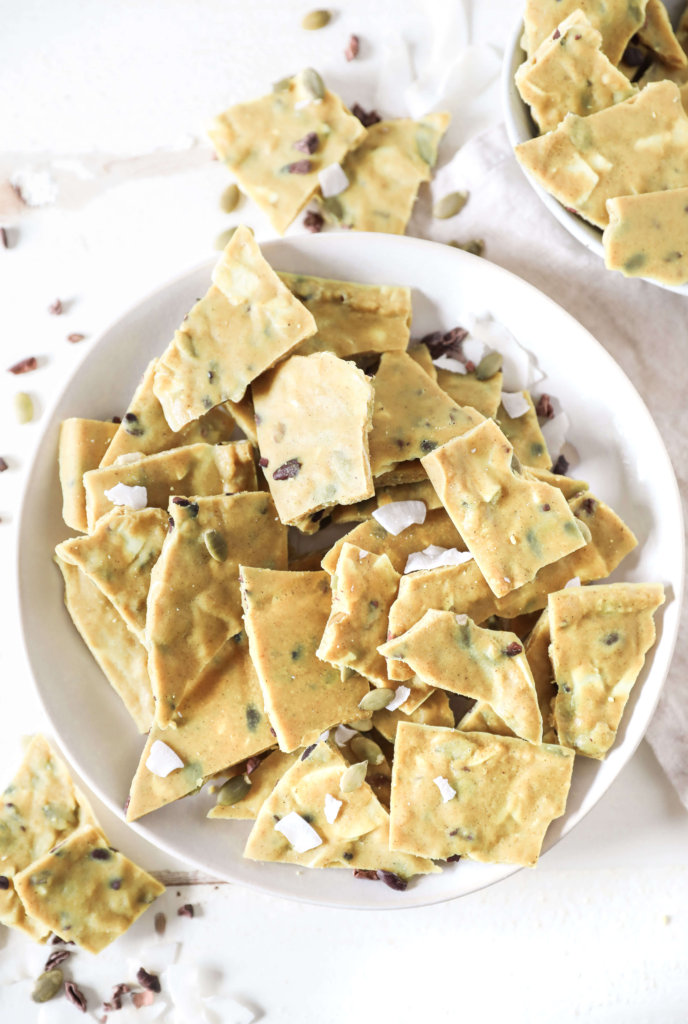 Christmas baking with my girl (look at those adora