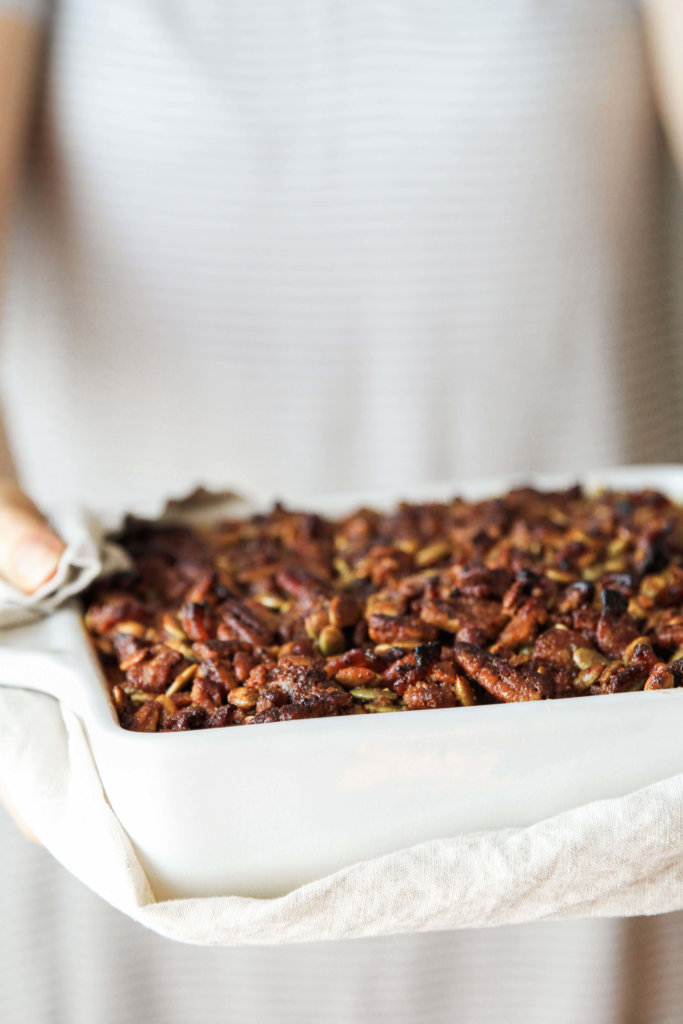 Day 5 of my “Ten Days of Thanksgiving” is my Chipotle Sweet Potato Casserole with Maple Bacon Crumble. Growing up one of my favorite Thanksgiving dishes was the sweet potato casserole. It had a sugary pecan crumble and really could have passed as a dessert. When my husband and I first got married he hated sweet potatoes. He didn’t like how most sweet potato dishes were also just filled with a bunch of sugary components and so he was convinced he didn’t like them.

I started making savory versions that complemented and contrasted the naturally sweet flavor and over time he grew to really like them. Now he eats them all the time. So I wanted to create a savory version of the classic Thanksgiving dish. That is how this Chipotle Sweet Potato Casserole with Maple Bacon Crumble was born. 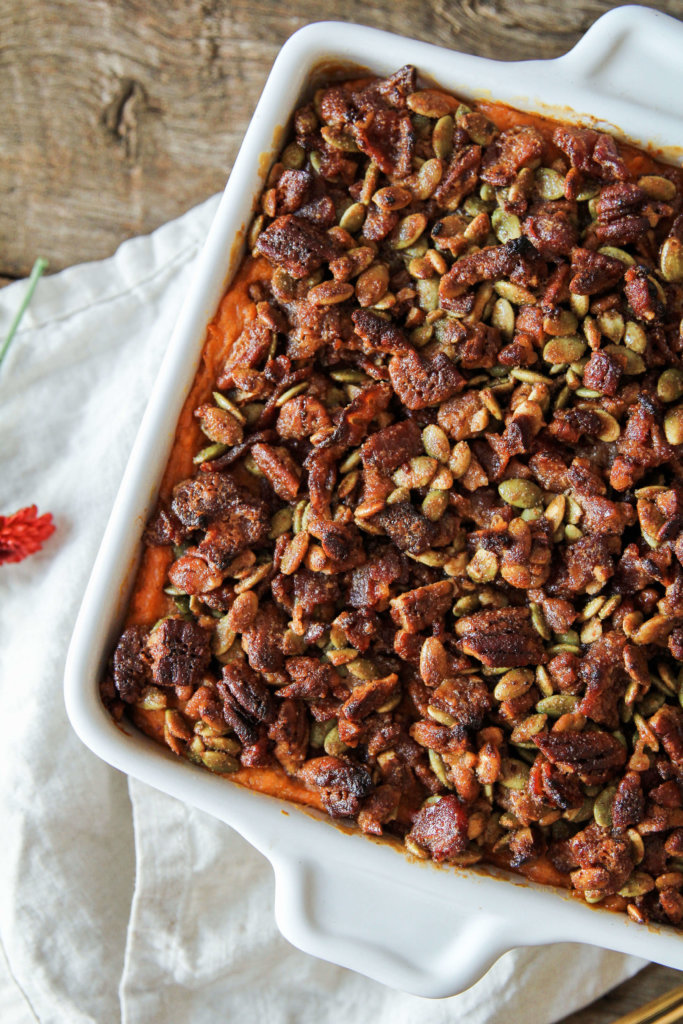 The sweet potato base is actually very simple and not overly spicy with the addition of the chipotle. It is really just enough to add some smokiness to balance out the sweetness. The maple bacon crumble is really my favorite part. It adds so much depth of flavor this dish and who doesn’t love bacon and sweet potatoes?

Once again, I like to quickly bake the sweet potatoes in my instant pot but you can easily boil them on the stove or roast them in the oven. You can also cook them ahead of time but just know it may need a few more minutes to bake before the crumble. 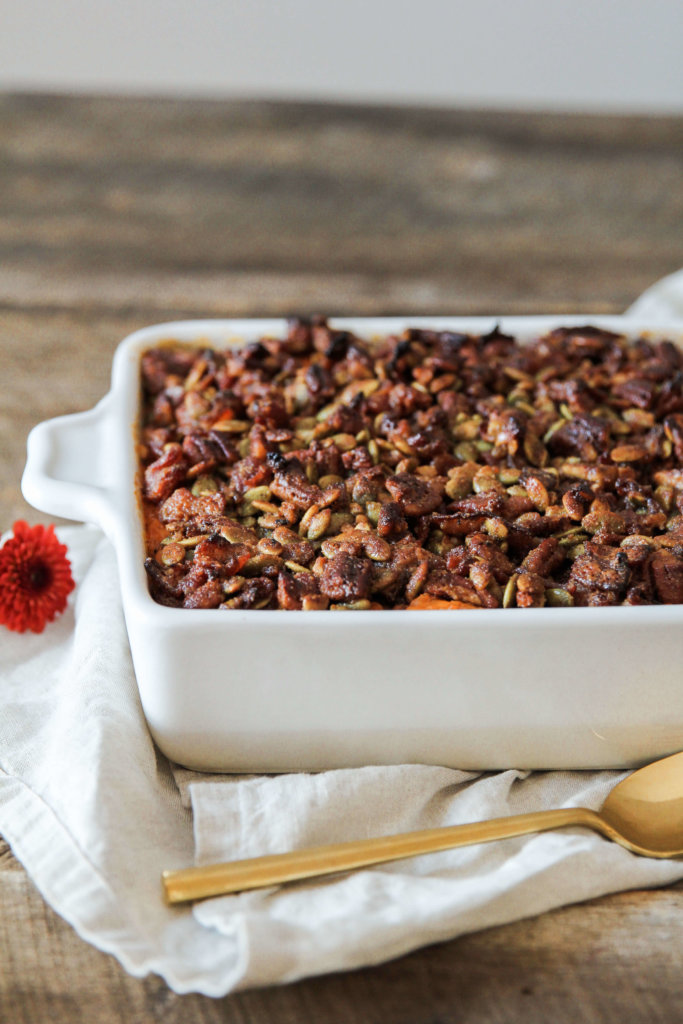 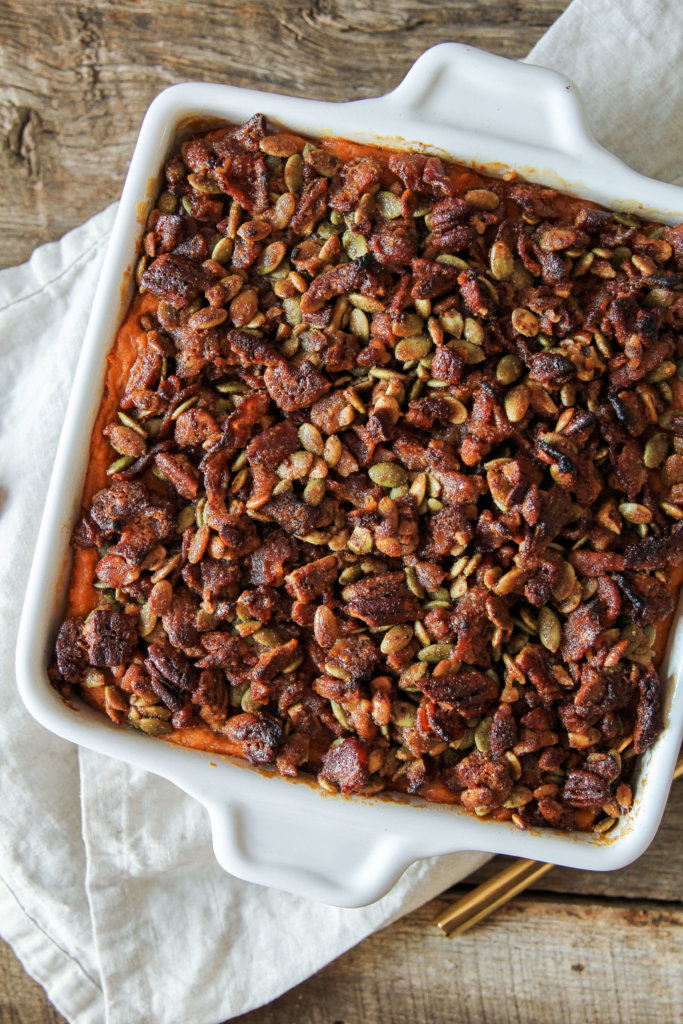