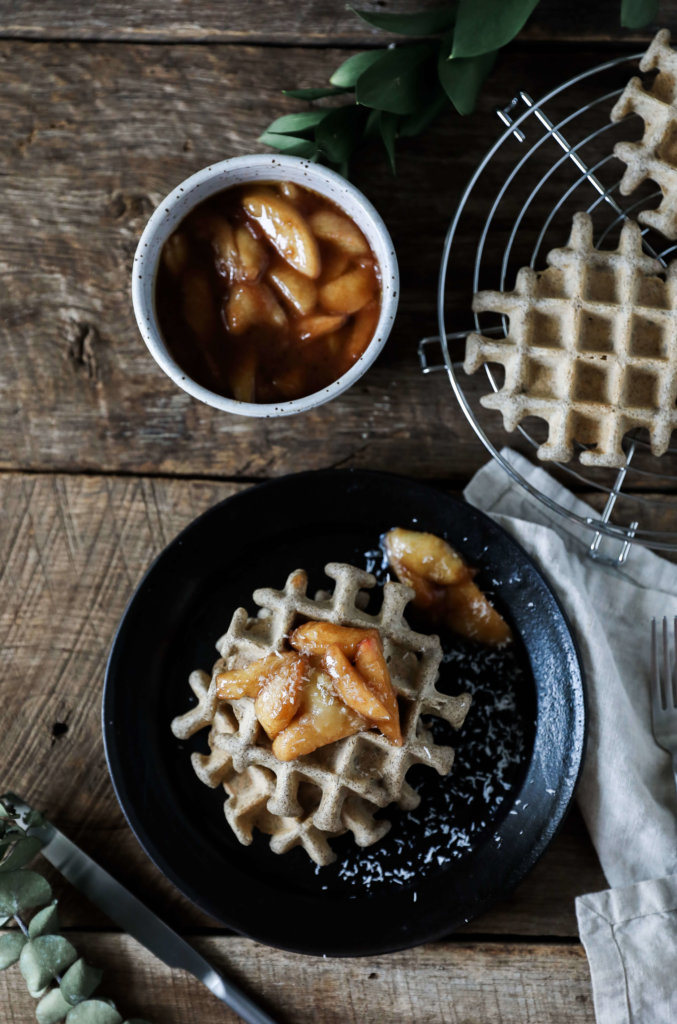 Waffles are kind of my jam and I don’t mean jam on my waffles just to clarify. I guess that would be pretty tasty but not as good as these Buckwheat Waffles with Caramelized Peaches.

Several months ago I created a Chocolate Chip Buckwheat Pancake recipe and it quickly became a staple in our house. I decided to convert the recipe for some waffles. My husband almost always wants waffles over pancakes so I just figured I could just take our favorite pancakes and turn them in to waffles. 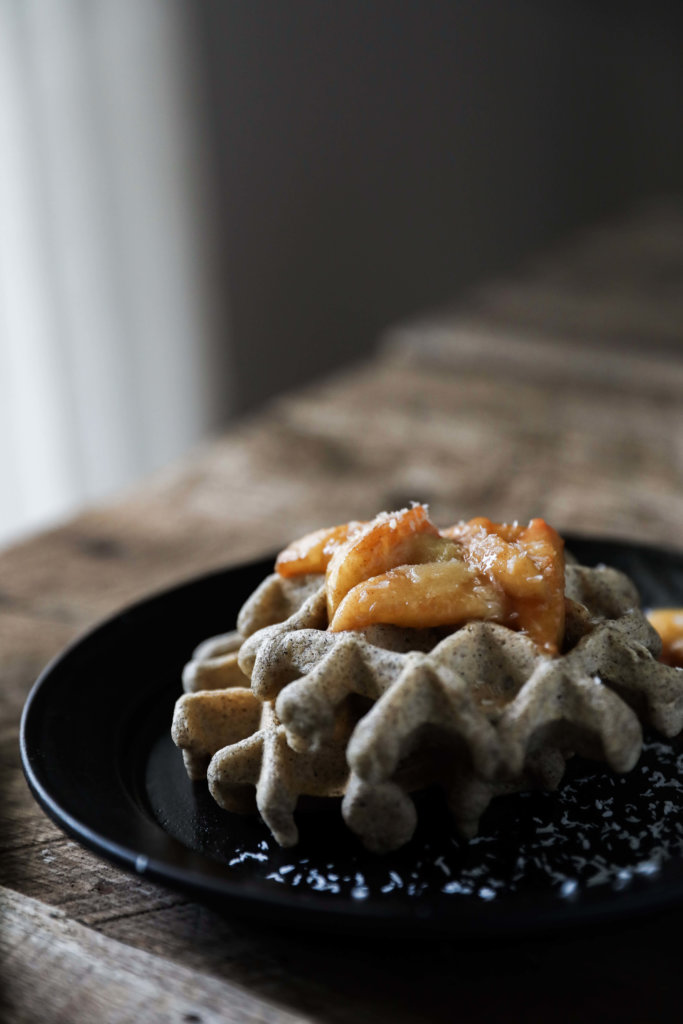 Since buckwheat has a strong, nutty and fruity flavor I think it pairs really well with anything sweet. I also love the texture it adds to baked goods. It can really give that glutinous texture that is lacking in a lot of gluten-free foods. I tend to tolerate it since it isn’t a grain but actually a fruit from the rhubarb family.

Every year around this time all of Nashville goes a little peach crazy and understandably so. They are freaking delicious. So I decided work on some fun peach recipes and this is my first installment.

Last week I received a package from Tin Star Ghee with some of their regular ghee and the brown butter and the stuff is AMAZING. That was actually the first time I had tried it and I am seriously impressed. Ghee is clarified butter and is a really great option if you are sensitive to lactose and casein but miss using butter. I used the classic ghee in the batter and then topped them with the brown butter before serving. 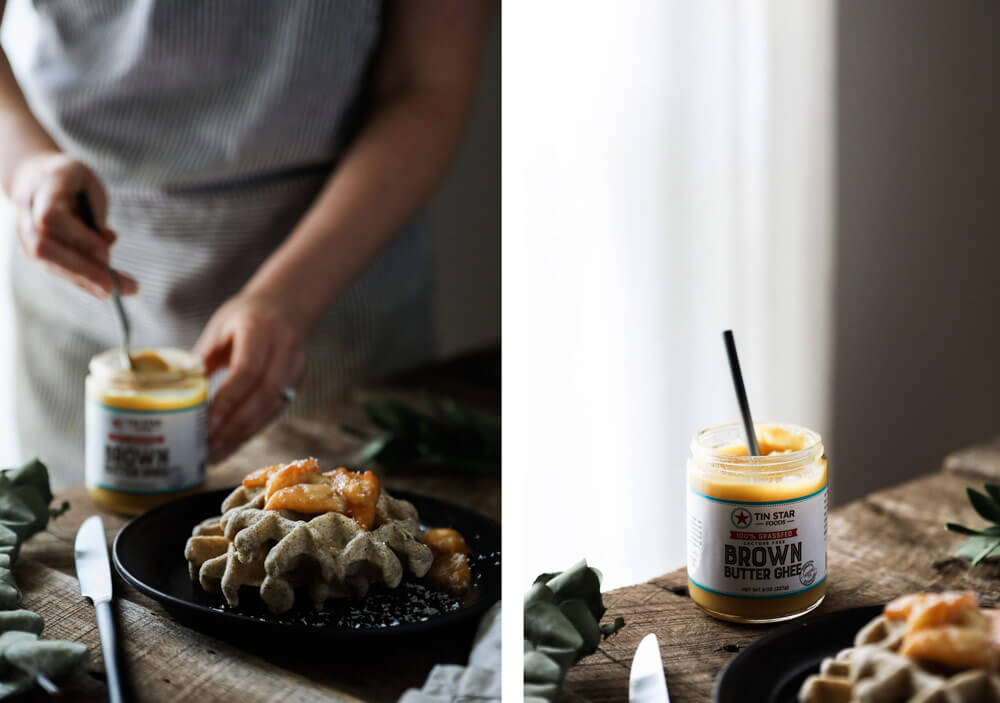 These waffles can be made ahead of time and stored in the refrigerator or freezer and reheated. I chose to use ghee for this recipe but I did include some substitutions if you can’t get a hold of that ingredient. If you aren’t feeling the peaches feel free to use your favorite waffle toppings. 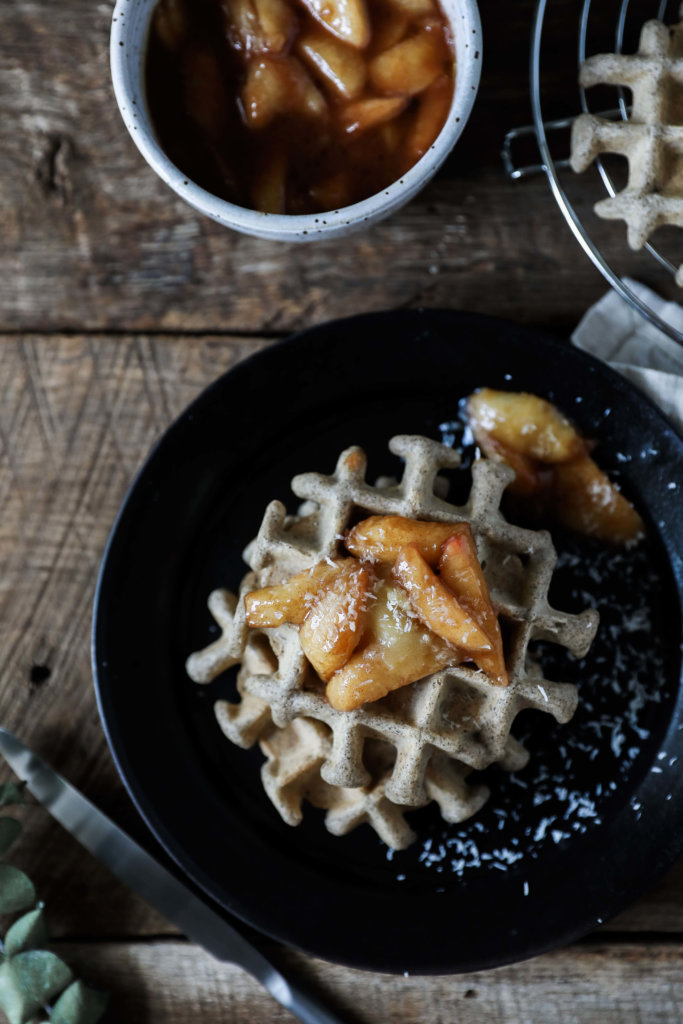 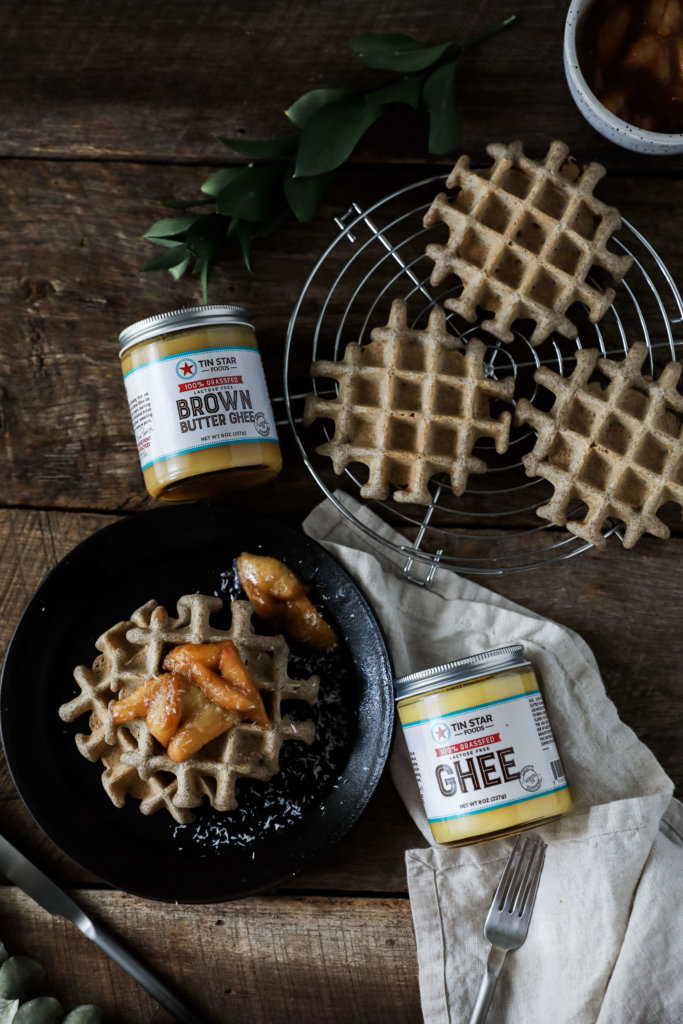 *Disclaimer: I did receive free product but this recipe, opinion and views are my own.

Christmas baking with my girl (look at those adora