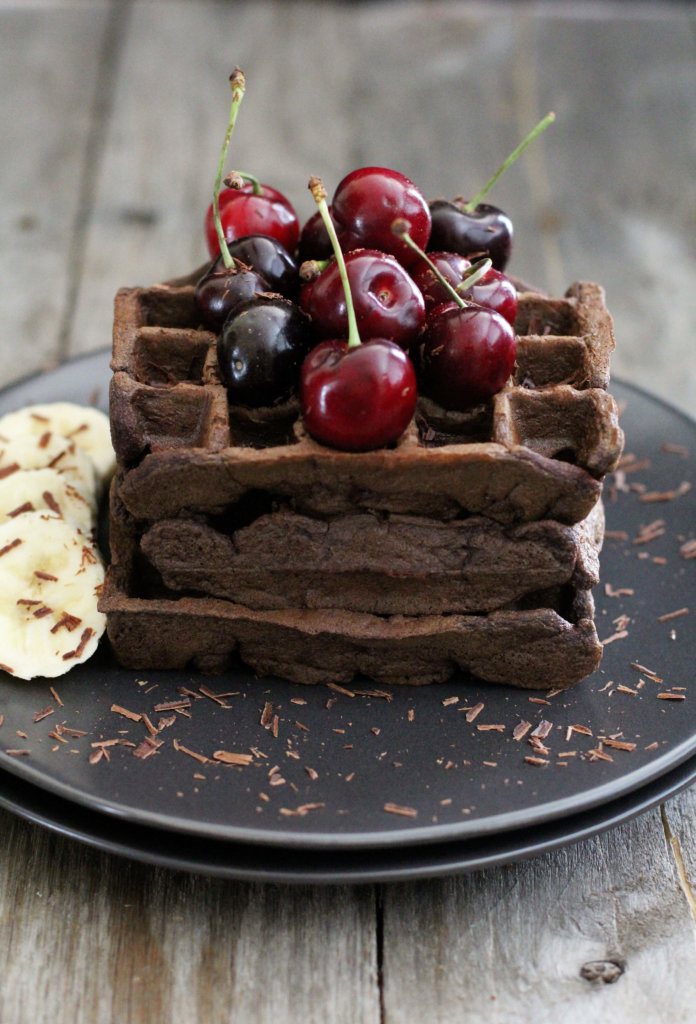 I have a recipe on the blog for my original Gluten Free Banana Waffles. They are probably one of my all-time favorite recipes and are definitely the recipe I get the most feedback on.

I have a serious love for waffles. Preferably the really big SQUARE Belgian waffles. I have a thing against round waffles. It was a huge discussion when my husband and I were registering for things before we got married. He likes round waffles and I like square and he ended up letting me pick the waffle maker.

I randomly had an idea to add cocoa to the original banana waffle recipe and it was seriously DELICIOUS! In all honesty, it basically tastes like a brownie but way easier than making brownies. I didn’t actually end up eating these for breakfast. I used them as a dessert one night. They taste pretty magical with some ghee on top and a little bit of maple syrup. So next time you are having a craving for breakfast, dessert and something easy – these waffles are for you!! 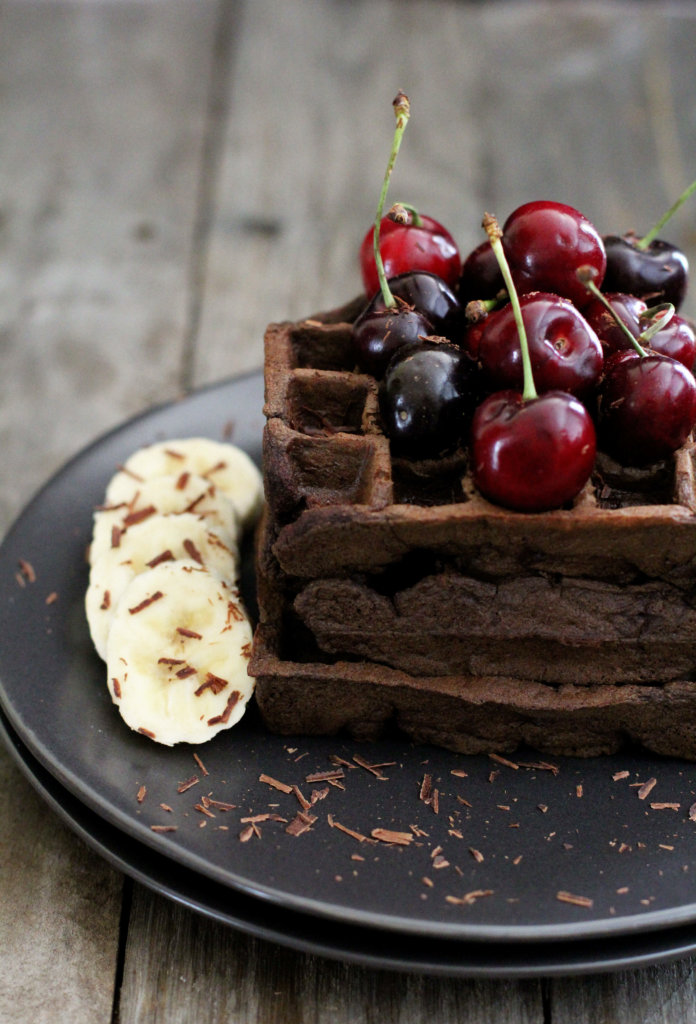 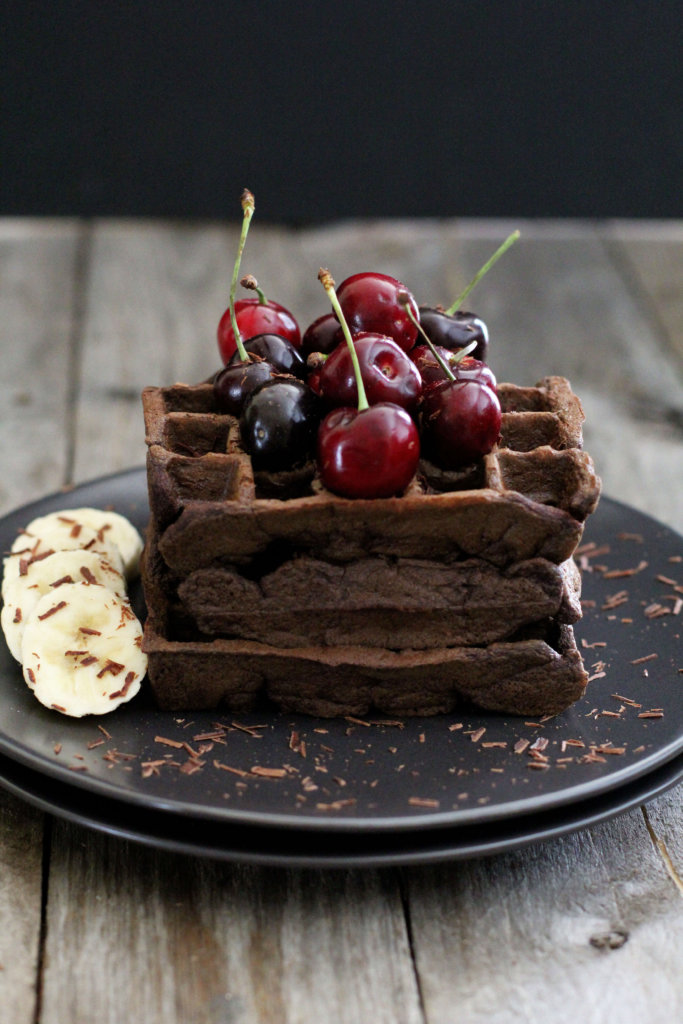